Took the first step today on what could turn out to be an impossible project. I'm attempting to turn out a series of paintings based on nothing but my memories (as a seven year old) of the Falklands War in 1982. My parents, elder brother and I were incarcerated in our house in Fox Bay East during the conflict. The settlement was garrisoned by Argentine troops and my memories of the time are of the impact of their presence and the air attacks by the British.

There were events during that time that I still recall as snapshots but filtered through the understanding and perspective of a seven year old (and the passing of 29 years as well of course). The first stage of this process has been to try to describe all of these images that remain to me, so I've jotted them down and drawn thumbnail sketches of how I recall them. 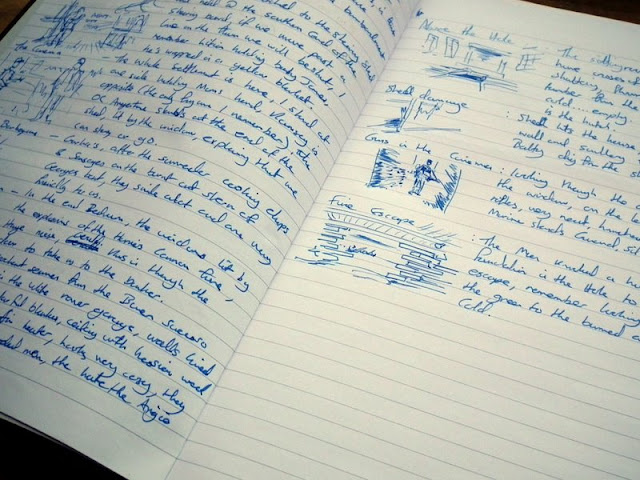 I've no idea if I'm going to be able to get anything to come out of this idea, still, should be interesting. On a lighter note here's a graphite drawing of a rather cute rough collie, This is the first time since I've started drawing again that I've used graphite for a finished drawing. I'm reasonably pleased but golly graphite is a slow, restrictive medium compared to charcoal. 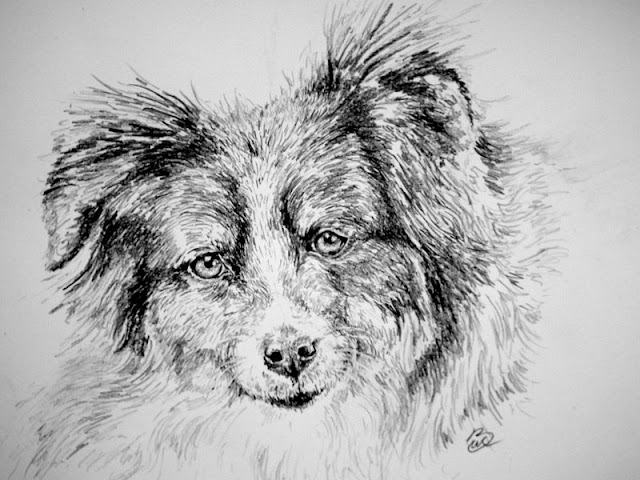 Email ThisBlogThis!Share to TwitterShare to FacebookShare to Pinterest
Labels: Developments